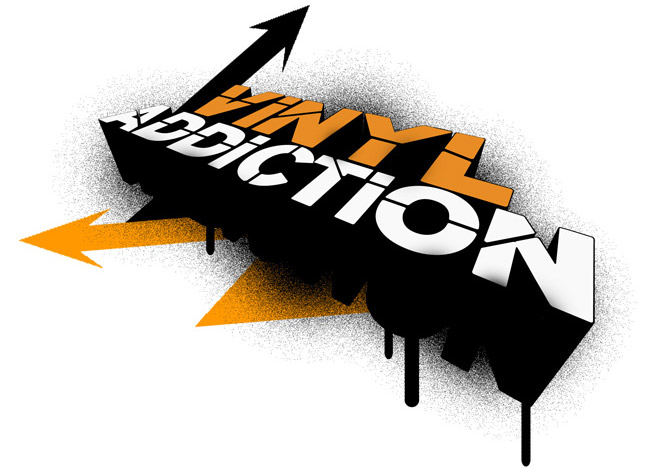 In late 2009, Jesse Hernandez told me he was coming down to LA to shoot a couple of segments for his show Vinyl Addiction and asked if I’d be interested in doing an interview segment with him. While I’m not the type of guy that’s into the spotlight, I thought it would be really fun, so I said sure why not. After a few missed meetings, he and his crew swung by my place on his last night in LA- literally a few hours before he was taking the red-eye home. It was pretty crazy as we were both pretty out of it, but through the magic of editing Jesse put together a really good segment with me. So if you’d like to check it out, and also check out the other cool segments with Tribal Streetwear, The Loyal Subjects, Dave Cortez and Brandt Peters, head on over to Vinyl Addiction TV.