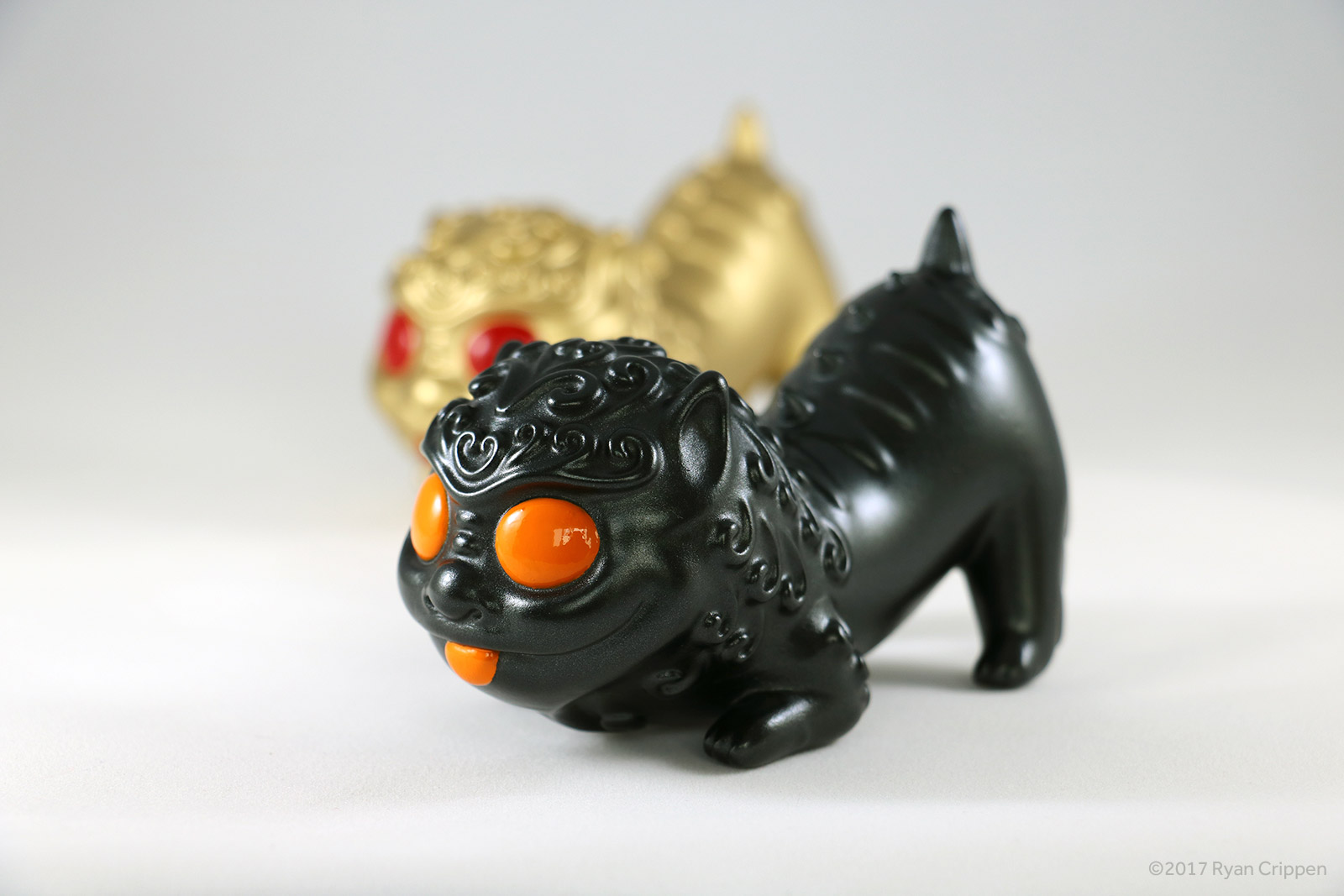 The next edition of Foo Pup is ready, and just in time for DesignerCon. Painted in a subtle metallic black with orange accents, it will be available at the Myplasticheart booth #621. Foo Pup is approximately 4 inches long and will be available for $40. Along with the metallic black edition, there will be a very small number of the gold edition that was originally released at New York Comic-Con. The gold edition went super fast at NYCC, so if you missed out be sure to swing by the Myplasticheart booth early for another chance. 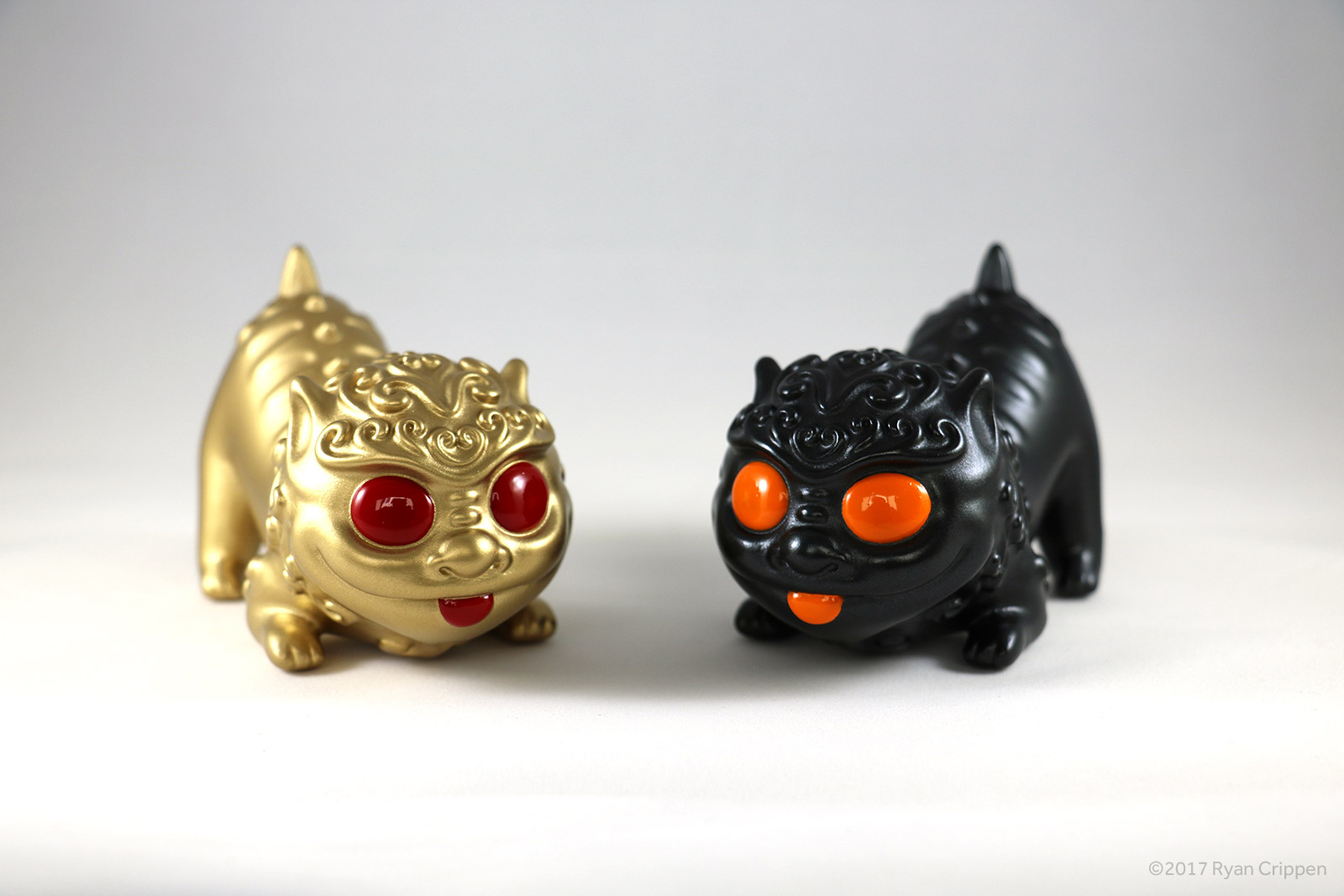