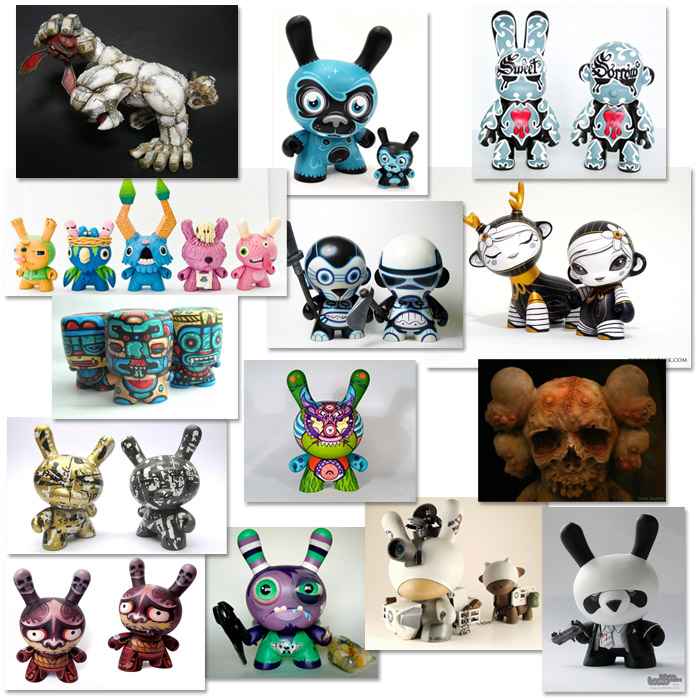 So I’ve been doing Custom Corner for over a year now, and just realized I’ve never talked about it here on my own blog. If you haven’t seen it, Custom Corner is my monthly article over on Vinyl Pulse that features a stand-out custom toy artist.

Back when I first got into designer toys and custom painting them, it was always nice to see LIV3R’s Munny Gallery on Vinyl Pulse. LIV3R would collect the best custom Munnys from time to time and showcase them. Unfortunately LIV3R passed away, and his Munny gallery ended. As the years went by, I became friends with Jack- the man behind Vinyl Pulse. Jack and I always have fun talks about toys, artists, and the industry as a whole- and of course part of that is custom toys. Since I started custom painting toys back in 2005, the custom scene has exploded. And when a scene gets that big, it’s really easy to get lost in the mix. I was noticing so many very talented, stand-out artists that I felt really weren’t getting the recognition they deserve. So I discussed with Jack the idea to start up another custom toy feature on Vinyl Pulse. I’m a pretty busy guy, so I felt that just featuring one artist once a month would be a good place to start. And so in January 2012, the first Custom Corner was published.

My initial goal was to do one full year, but I’ve decided to keep it going into 2013. I just completed my 14th Custom Corner and am already thinking a few months ahead. I know there’s still a bunch of great custom toy artists out there so hopefully I can keep this going for a long time…

Here’s a link to each of the Custom Corner’s so far: