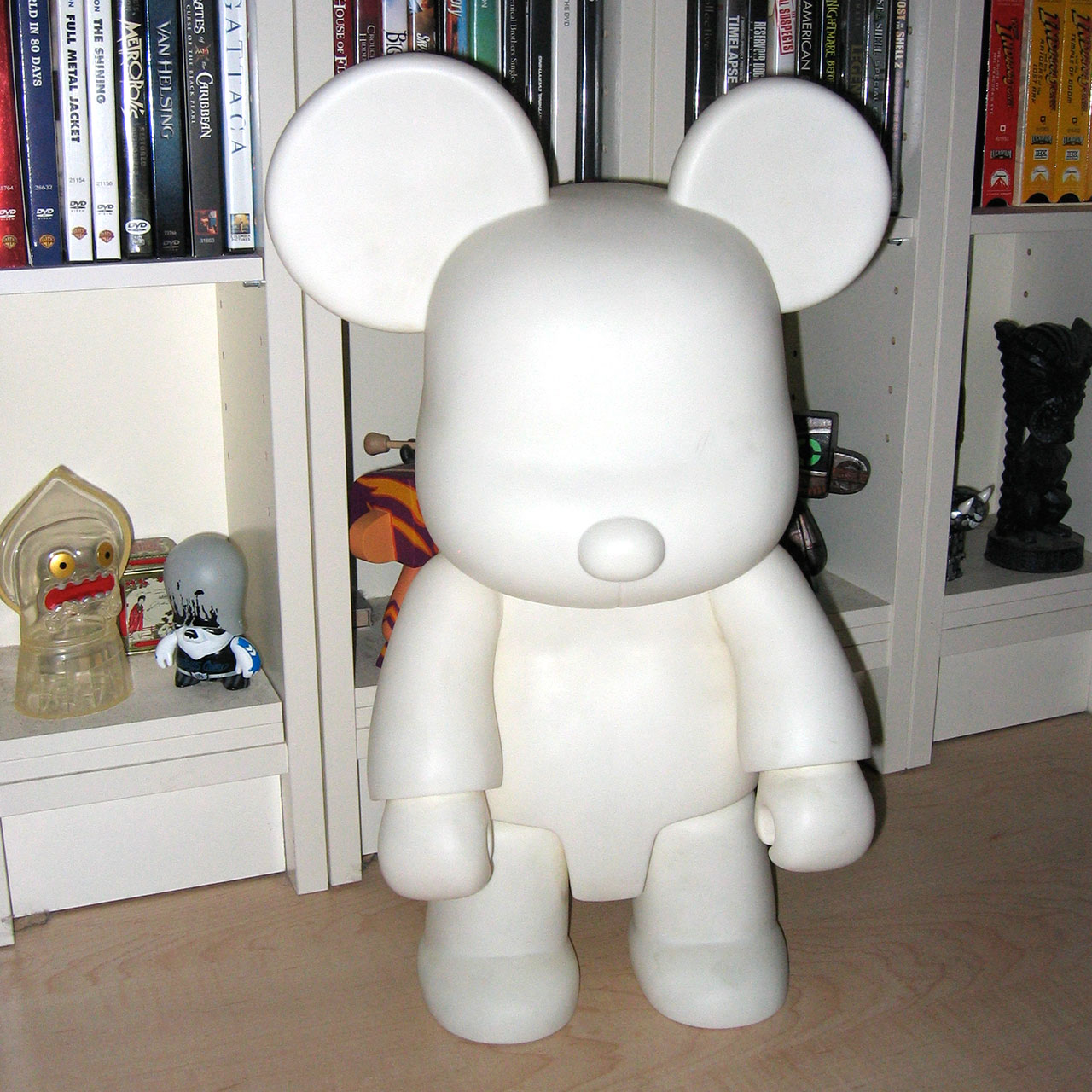 I got a big rump vinyl DIY Qee Bear on Sunday. First off, you’re probably asking why I said “big rump”. Well, on the Kidrobot messageboard, they’ve got some sort of word substitutor that exchanges any “bad” words you type and posts alternate words. Most people swear to evoke some sort of emphasis with what they say, so I find it pretty funny that those words usually get substituted with some sort of toned down version. For instance, ass = rump. So if I were to say Big Ass Vinyl, the message board would translate that to Big Rump Vinyl. Funny. Anyway, I totally digressed there. What you’re seeing in the picture is my new buddy- a 16″ DIY Qee Bear that (best part) I got for free. Yes free. Well, not quite- I did have to take a painting break on Sunday and drive down to the 3rd Street Promenade in Santa Monica and take part in the “Find the Boo” contest that a fellow Kidrobot message board member put on. Surprisingly, I came in second, but still won the (literally) biggest prize that was offered. Once again, big thanks to Mark (you know who you are) for going out of his way and setting up this fun little Sunday afternoon jaunt.