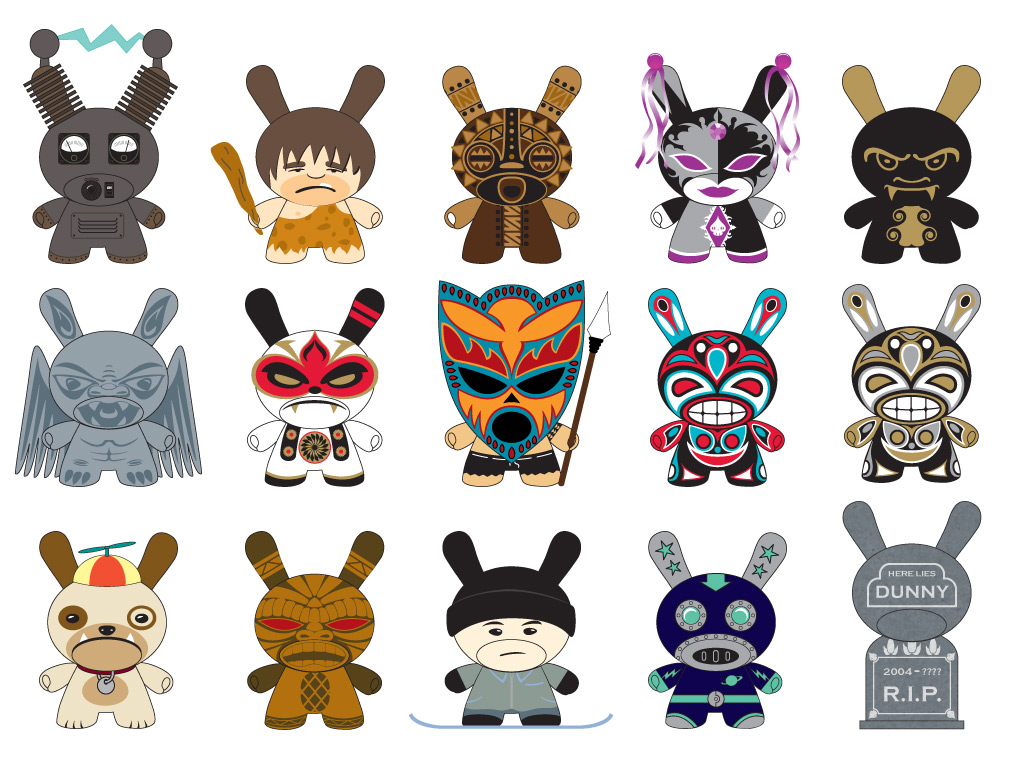 Back in 2008 Kidrobot contacted me to submit designs for Dunny Series 6 (2009). I was quite flattered to be asked so I went ahead and worked on a few Dunny designs. Unfortunately these were not selected for the series.

Over the next few years I was invited to submit new designs for the more recent series and came up with the designs above. While I stuck with what I’m known for on the designs for the 2009 series (totems and Spade-Skulls), over the years I branched out and played with a variety of different concepts to keep things interesting. All these were all rejected as well. So for all the folks that have asked my over the years, the chances of ever seeing a production Reactor-88 Dunny are probably pretty slim.

One note- some of you may recognize the jumping electrical arc on my Tesla Dunny design as being very similar to Dok A’s 2-Tone Dunny design. I am a huge Dok A fan, but I designed this previous to the 2-Tone series being released and without any knowledge of his design.